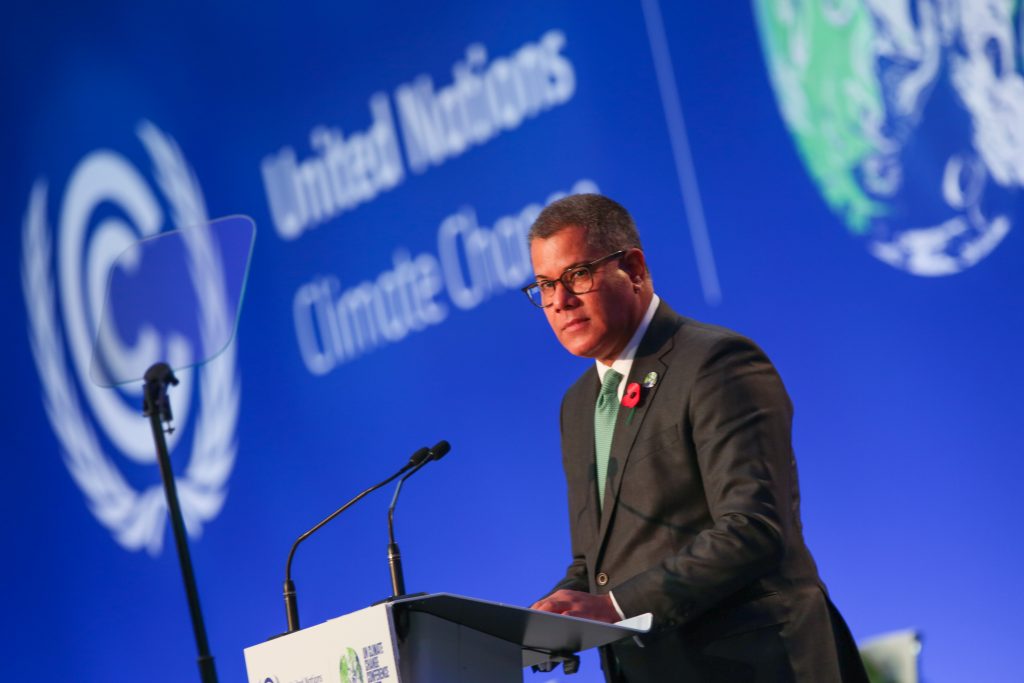 COP26 president Alok Sharma welcomed the world leaders to Glasgow on Sunday as he took over the COP reigns from his predecessor Carolina Schmidt. In his remarks to open the two-week event he made it clear that he did not underestimate the challenge that he and the delegates faced. “For almost two years now the pandemic has caused devastation and disruption, to lives and livelihoods across the world,” he said. “I know this has particularly affected the least developed countries and the small island developing states. Because of the pandemic, as you know, we postponed COP26 by a year. But during that year, climate change did not take time off.”

The IPCC report in August was a wake-up call for everyone attending the summit and it made it clear that the lights are flashing red on the climate dashboard. “That report, agreed by 195 Governments, makes clear that human activity is unequivocally the cause of global warming,” Sharma continued. “We know that the window to keep 1.5 degrees within reach is closing.”

During the past year Sharma has been speaking with communities devastated by climate change.

On his visit to Jomsom in Nepal, in the Hindu-Kush region he spoke to communities literally displaced from their homes from a combination of droughts and floods. In Barbuda he met communities still suffering from the ravages of Hurricane Irma four years ago. And in East Africa me met with communities fighting plagues of locusts spawned by climate change.

“Earlier this month I spoke to a group of women in Madagascar,” he added. “They were determinedly coping with what some describe, as the first climate induced famine in the world. In each of our countries we are seeing the devastating impact of a changing climate. Floods, cyclones, wildfires, record temperatures. We know that our shared planet is changing for the worse. And we can only address that together, through this international system.

“We know what we need to do because six years ago, in Paris we agreed our shared goals. We said we would protect people and nature from the effects of climate change. We said we would get finance flowing to climate action. And we said we would limit the rise in global temperature to well below two degrees pursuing efforts towards 1.5.

“The rapidly changing climate is sounding an alarm to the world, to step up on adaptation, to address loss and damage, and to act now to keep 1.5 alive. We know that this COP, COP26, is our last best hope to keep 1.5 in reach.

“I know that we have an unprecedented negotiations agenda ahead of us. But I believe this international system can deliver. It must deliver.

Despite the challenges ahead Sharma believes that the global community can resolve the outstanding issues and move the negotiations forward. It will herald what he is calling a decade of every increasing ambition and action. “Together, we can seize the enormous opportunities for green growth, for good green jobs, for cheaper, cleaner power,” he said. “But we need to hit the ground running to develop the solutions that we need. That work starts today, and we will succeed or fail as one.

“Astronauts speak of the intense emotion they feel when looking back at Earth from space. Seeing it gleaming through the darkness of the cosmos. Incredible, improbable, and infinitely precious. If we act now, and we act together, we can protect our precious planet. Let’s come together over these two weeks and ensure that where Paris promised, Glasgow delivers.”