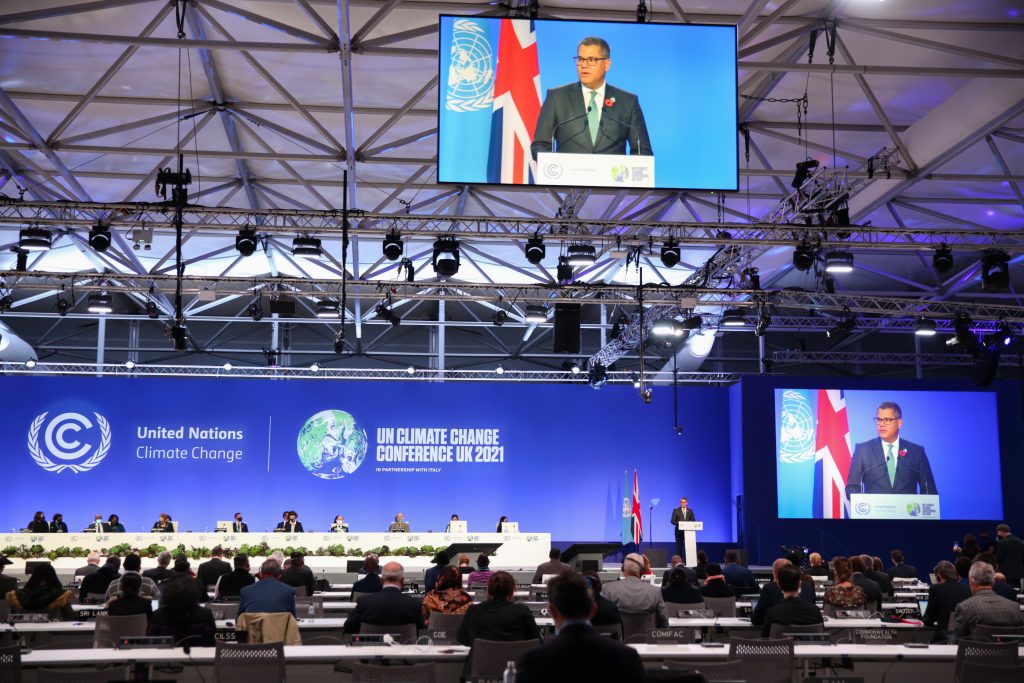 As the delegates gathered for week two of COP26, COP President Alok Sharma spoke about the growing importance of adaptation, loss and damage, the focus of the day. “As we know, over the last year we have seen extreme weather changes across the world,” he said. “From floods in Central Europe and China, wildfires in North America and Australia, to what some have described as the world’s first climate induced drought in Southern Madagascar.

“Nowhere is immune to climate change and this is precisely why we must come together to forge global agreement here in Glasgow, responding to adaptation needs which is vital.”

Monday saw the start of ministers working on the negotiations. “Together we face the arduous task of building political consensus between almost 200 countries,” Sharma continued. “Finding consensus is not going to be straightforward. But the progress made last week demonstrates that a constructive spirit amongst negotiators exists.

“Here in Glasgow, we have a unique opportunity to reach an historic outcome and I am committed to bringing countries together. We want to forge an agreement that means we see more action this decade to help keep the limit of 1.5-degree global temperature rise in reach.”

During the Informal Stocktaking Plenary, which was held on Monday morning, Sharma outlined how they will work during the week. He also announced ministerial pairings on key topics that include adaptation, loss and damage, finance, keeping 1.5 alive, and of course the key rulebook issues of common time frames, Article 6 on carbon markets, and transparency.

“My priority now is pace,” Sharma added. “There needs to be a sense of urgency in all our negotiations. The science is clear, we have no time to lose, and I will ensure that negotiations proceed in a timely manner. Whilst of course ensuring transparency and inclusivity. Last week countries made commitments which will all help to protect our planet, but they must be delivered on and accounted for.

“Today, on Adaptation and Loss and Damage Day, the spotlight will be on those nations and communities which are most vulnerable to climate change. Those whose voices are too often left unheard. And we know that even if we stopped polluting our world tomorrow, there will be negative consequences for many millions. And that is why issues such as adaptation are so important.

“Those of you who have followed this process will know that loss and damage has historically been seen as a polarising issue. But I am encouraged that the mood music has changed somewhat, and there is now a practical recognition that action is needed on this topic, in the face of growing impacts. The conclusion of discussions within the Subsidiary Bodies on the Santiago Network is a testament to that, and paves the way for greater resources to avert, minimise and address loss and damage.

“Climate vulnerable communities are particularly at the forefront of my mind, and will be so throughout these negotiations. They, and the generations to come, will not forgive us if we fail to deliver in Glasgow.”