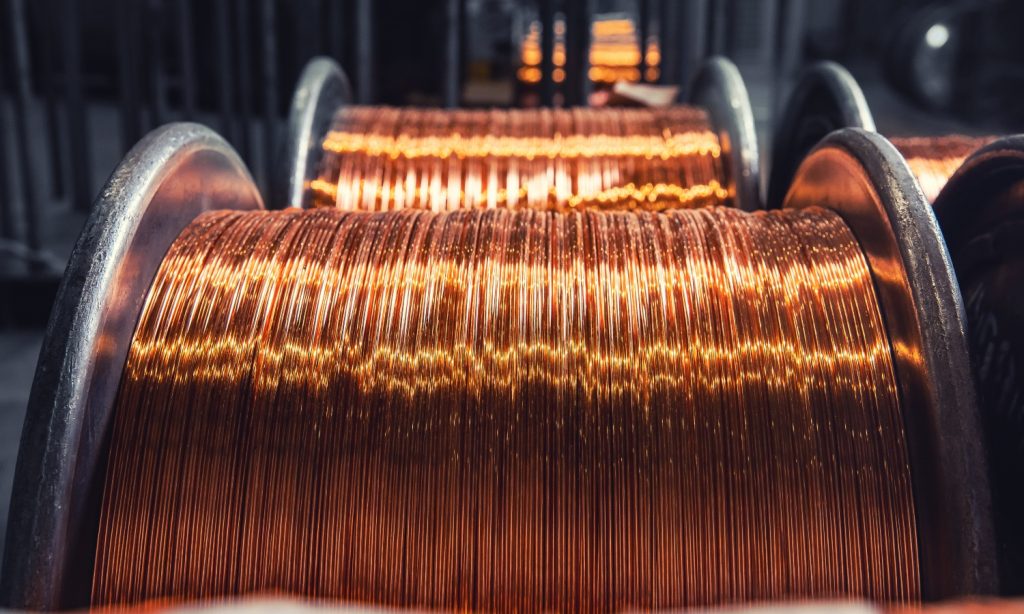 The challenge of meeting Net-Zero Emissions by 2050 “will be short-circuited and remain out of reach” unless significant new copper supply comes online in a timely way, according to a new study by S&P Global that examines the growing mismatch between available copper supply and future demand resulting from the energy transition.

The study, entitled ‘The Future of Copper: Will the Looming Supply Gap Short-circuit the Energy Transition?‘ projects global copper demand to nearly double over the next decade, from 25 million metric tons today to about 50 million metric tons by 2035 in order to deploy the technologies critical to achieving net-zero by 2050 goals. The record-high level of demand would be sustained and continue to grow to 53 million metric tons in 2050 – more than all the copper consumed in the world between 1900 and 2021.

The new study is in response to concerns raised by a number of authorities – including the U.S. government, the European Union, the International Monetary Fund, the World Bank and the International Energy Agency – about the availability and reliability of supply of minerals that will be needed to meet climate goals.

The study projections are based on a detailed bottom-up, technology by technology approach that leverages the S&P Global Multitech Mitigation scenario, which achieves net zero goals by 2050 and is comparable to the International Energy Agency’s new Net Zero by 2050 scenario.

“Copper is the metal of electrification and absolutely essential to the energy transition,” said Daniel Yergin, vice chairman, S&P Global. “Given the global consensus for net zero emissions by 2050, it is critical to understand the physical materials required for achieving that ambition. The world has never produced so much copper in such a short timeframe as would be required. On current trends, the doubling of global copper demand by 2035 would result in significant shortfalls.”

The demand surge would be driven, in large part, by the rapid, large-scale deployment of technologies such as electric vehicles, charging infrastructure, solar PV, wind and batteries. More copper intensive than their conventional counterparts, demand from these areas would nearly triple by 2035. At the same time, copper demand from traditional sources not directly related to the energy transition would continue to grow.

This ‘New Era of Copper Demand’ would result in unprecedented and untenable shortfalls in supply, the study says. Notably, growth in new copper supply capacity – from new mines or expansions of existing projects – would unlikely be able to keep pace with the surge in demand. The International Energy Agency has estimated that it currently takes 16 years, on average, to develop a new mine, meaning that a new mine seeking permission today would not become productive in time to accommodate the demand spike.

That leaves increases in capacity utilisation (output as a percentage of an existing mine’s total capacity) and recycling as the main sources of additional supply, according to the study.

Under current trends – whereby both capacity utilisation and recycling rates remain at their current 10-year global average – the study’s Rocky Road Scenario projects annual supply shortfalls that reach nearly ten million metric tons in 2035. That is equivalent to 20 per cnet of the demand projected to be required for a 2050 net zero world.

Even under the study’s optimistic High Ambition Scenario – which assumes aggressive growth in capacity utilisation rates and all-time high recycling levels – the copper market will endure persistent supply deficits through most of the 2030s, including a deficit of nearly 1.6 million metric tons in 2035 – much higher than any previous shortfall.

Under either scenario, there would not be enough supply to meet the demand of net zero emissions by 2050. The study also identifies eight key operational challenges that can constrain supply, ranging from infrastructure limitations, to changing tax regimes and permitting.

“This comprehensive analysis demonstrates that, even at the outer edge of what could happen in copper mining and refining operations, there would not be enough supply to meet the demands of a net zero emissions by 2050 world,” said Mohsen Bonakdarpour, executive director, economics and country risk, S&P Global Market Intelligence. “Even strong price signals and incentivising policy initiatives, aggressive capacity utilisation rates and all-time high recycling rates would not be enough to close the gap.”

Such a supply gap would have broader consequences across the global economy, disrupting supply chains for both energy transition and non-energy transition industries, the study says. Given copper’s use in a wide range of end markets, it would also exert tremendous upward pressure on the cost of goods for global manufacturers as well as energy costs for consumers.

The study also finds that the burgeoning supply gap would exacerbate the growing reliance on copper imports in the United States, in particular. Imports made up nearly 44 per cent of U.S. copper usage in 2021 – up from just ten per cent in 1995. Under the study’s scenarios, that share would swell to between 57 and 67 per cent by 2035. An intensifying competition for critical metals is very likely to have geopolitical implications, the study says.

“The challenge for all active participants in the energy transition will be to manage often competing and seemingly contradictory priorities in this ‘New Era of Copper Demand’,” said John Mothersole, director, non-ferrous metals, S&P Global Market Intelligence. “Technology and innovation will both be critical in meeting this challenge, as will partnership between governments, producers and end-users. ‘Dr. Copper’, as the metal is called, may well currently be, as it has been in the past, a leading indicator of a slowdown in economic growth or recession, but the overall supply outlook for the years ahead is extremely tight.”

Researchers from Taiwan have discovered a way to recover the ...
Industry

Vattenfall has set a target to recycle all dismantled wind ...
Industry

Engineers have filed a patent and been awarded new research ...
Industry
Others have also viewed