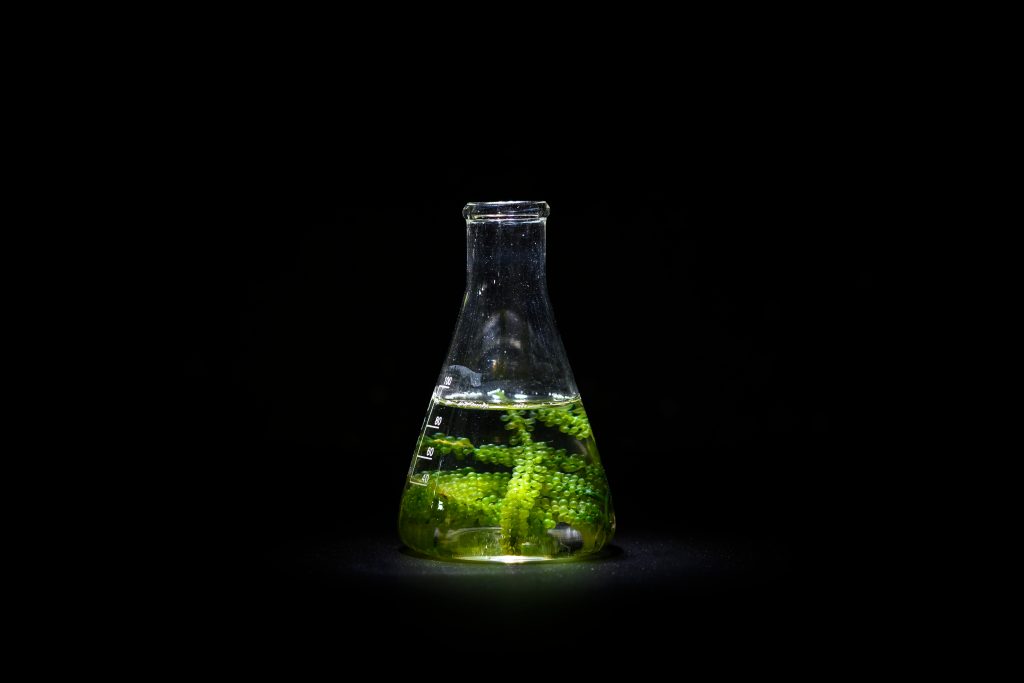 A global effort to reduce sulfur and greenhouse gas (GHG) emissions from ships has researchers from the National Renewable Energy Laboratory (NREL) and other Department of Energy facilities investigating the potential use of marine biofuels.

“Biofuels turned out to be very good options because they have zero or very, very low sulfur compared to fossil fuels,” said Eric Tan, a senior research engineer at NREL and lead author of a new article published in the journal Environmental Science and Technology.

His co-authors of “Biofuel Options for Marine Applications: Techno-Economic and Life-Cycle Analyses” are Ling Tao, also from NREL, along with scientists with Argonne National Laboratory, Pacific Northwest National Laboratory, and the U.S. Department of Transportation’s Maritime Administration.

The International Marine Organization (IMO) has been ratcheting down the allowed amount of sulfur oxides emissions from ships since 2005. The newest upper limit, which took effect at the start of 2020, reduced the sulfur content of ships’ fuel oil to 0.5 per cent from 3.5 per cent. IMO said the reduction should have major benefits for the environment and the health of people, particularly those living near ports and along coasts. Additionally, IMO has set aggressive targets to decarbonize marine shipping, targeting at least a 50 per cent reduction in GHG emissions from international shipping by 2050, relative to 2008 levels.

The new regulation, which is enforced by individual countries, requires changes to bring ships into compliance. Ship owners can either install sulfur scrubbers to reduce emissions, or they can adopt a different, low-sulfur fuel. Both options carry an additional cost.

The NREL-directed research provides a starting point for establishing the feasibility of ships using biofuels. Fueling costs already account for a significant part of running a shipping line, so the researchers examined both prices and emissions.

The economics are weighed against the cost of burning heavy fuel oil (HFO), which accounts for about three-quarters of the fuel used by ships. A low-sulfur HFO costs slightly more a gallon than traditional HFO. The low-sulfur HFO prices would be the maximum ship owners are willing to pay for biofuels for a one-to-one replacement. The biofuels are considered to be potential drop-in fuels compatible for use in marine engines, but further work is needed to confirm that compatibility.

Upon examining different types of fuels for their ability to reduce emissions of greenhouse gases and air pollutants, the researchers found biofuels produced entirely from biomass offer much higher reductions in life-cycle greenhouse gas emissions—from 67 per cent to 93 per cent less than HFO. Biomass-derived fuels also are mostly free of sulfur and exhibit reductions in criteria air pollutant emissions such as particulate matter.

Tan’s research concluded that, if shipping had no competition, the United States has a large supply of bio-feedstocks for producing substantial amounts of marine biofuels to displace fossil fuels. With ships using 400 million metric tons of fuel annually, a blend of 5 per cent biofuels translates to about 5 billion gallons.

NREL is the U.S. Department of Energy’s primary national laboratory for renewable energy and energy efficiency research and development. NREL is operated for the Energy Department by the Alliance for Sustainable Energy, LLC.

The promise of marine energy is seemingly boundless—and thanks to a recently upgraded tool powered by new high-resolution data sets, users can pinpoint promising sites.

The recently released Marine Energy Atlas features several new upgrades to modernize and streamline the user-friendly interface while supporting higher-resolution data. The new high-resolution wave data sets were developed at Pacific Northwest National Laboratory, Sandia National Laboratories, North Carolina State University, and University of Hawai’i under a project led by NREL. These enhancements will boost both the usability and the value of this important marine energy tool.