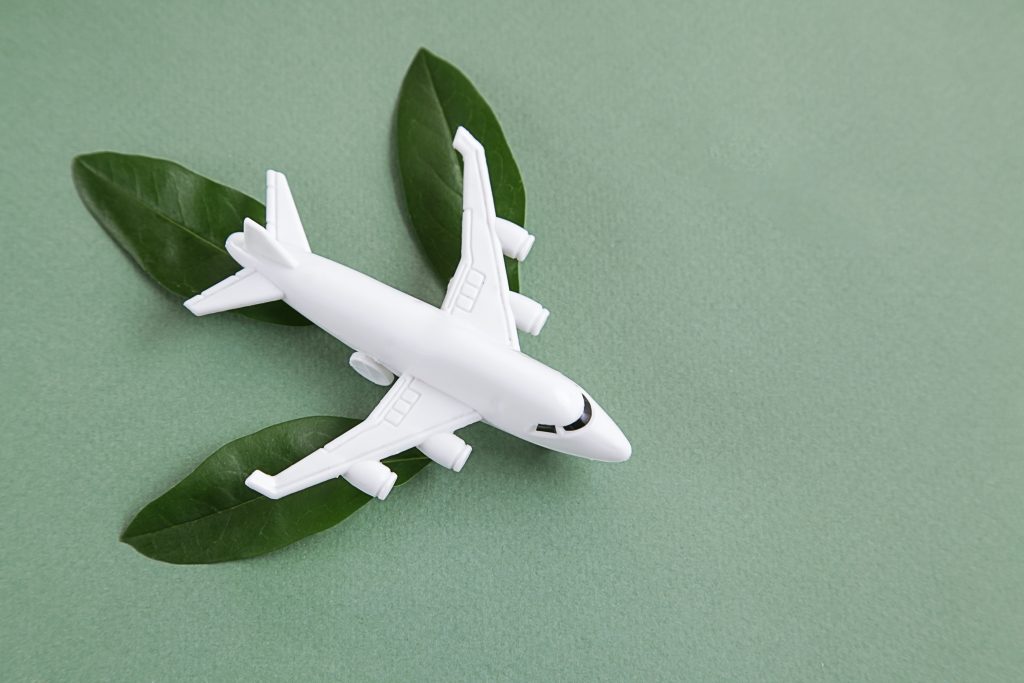 Passengers could one day fly to the other side of the world with zero carbon emissions and just one refuelling stop, thanks to new technology which has been funded by the UK government.

The concept aircraft was unveiled by the Aerospace Technology Institute (ATI) ahead of the fourth meeting of the Jet Zero Council, which is chaired by the transport secretary, Grant Shapps.

The announcement comes shortly after the COP26 climate conference in Glasgow, which saw ambitious new international pledges to decarbonise transport, including the agreement by 24 countries – representing around half of global aviation emissions – to work together to achieve a new aviation decarbonisation goal.

The FlyZero project, led by the ATI, has developed a concept for a midsize aircraft powered by liquid hydrogen. It is capable of flying 279 passengers halfway around the world without a stop or anywhere in the world with just one stop to refuel.

This means that a zero carbon, non-stop flight could be operated between London and San Francisco, or that passengers could fly around the world from London to Auckland, New Zealand with just one stop, at the same speed and comfort as today’s aircraft.

The project showcases the huge potential of liquid hydrogen powered aircraft as the UK drives for a cleaner and greener air travel future and builds on progress already achieved by the Jet Zero Council, a partnership between industry and government with the aim of delivering zero emission transatlantic flight within a generation.

The council will meet for the fourth time, ahead of International Civil Aviation Day on 7 December.

Shapps said: “As we build back greener, it is crucial that we place sustainability at the heart of the aviation industry’s recovery from COVID-19.

“This pioneering design for a liquid hydrogen powered aircraft, led by a British organisation, brings us one step closer to a future where people can continue to travel and connect but without the carbon footprint.

“I will continue to work closely with the Jet Zero Council to support the UK’s world-leading research in this sector, which will create green jobs, help us meet our ambitious net zero targets and lead the global transition to net zero aviation.”

Business secretary, Kwasi Kwarteng, said: “These designs could define the future of aerospace and aviation. By working with industry, we are showing that truly carbon-free flight could be possible with hydrogen a front-runner to replace conventional fossil fuels.

“Fuelling planes sustainably will enable the public to travel as we do now, but in a way that doesn’t damage the planet. It will not only help us to end our contribution to climate change, but also represents a huge industrial opportunity for the UK.”

“This ground-breaking green technology looks set to play a critical role in decarbonising flight and through the work of the Jet Zero Council, the UK aviation sector is exploring all avenues to ensure we protect the benefits of flying for future generations while cutting the carbon cost.”

FlyZero project director, Chris Gear, said: “At a time of global focus on tackling climate change, our midsize concept sets out a truly revolutionary vision for the future of global air travel keeping families, businesses and nations connected without the carbon footprint.

“This new dawn for aviation brings with it real opportunities for the UK aerospace sector to secure market share, highly skilled jobs and inward investment while helping to meet the UK’s commitments to fight climate change.”

Another technology with the potential to decarbonise flying is sustainable aviation fuel, a low-carbon fuel made from waste materials.

Earlier this year, the UK government set out its ambition to become a world leader in the production of sustainable aviation fuel, launching the £15 million Green Fuel, Green Skies competition to support the early development of trailblazing UK facilities working to turn everyday waste into jet fuel.

The shortlisted winners, 8 industry-led projects that will receive a share of the £15 million in funding, have now had their final funding agreements confirmed by the Department for Transport.