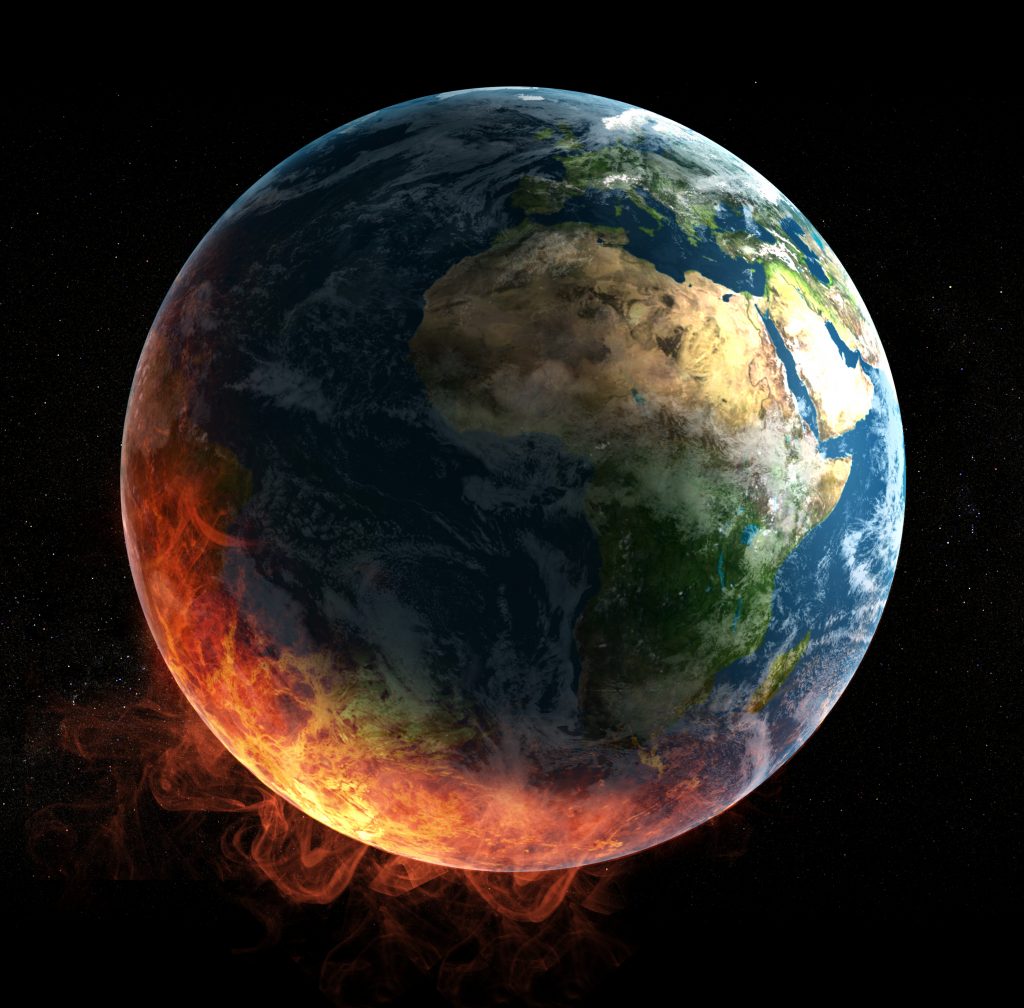 New and updated commitments made ahead of the pivotal climate conference COP26 in the past months are a positive step forward, but the world remains on track for a dangerous global temperature rise of at least 2.7°C this century even if fully met, a new report by the UN Environment Programme (UNEP) has warned.

The Emissions Gap Report released just as the delegates were gathering in Glasgow for COP26, shows that updated Nationally Determined Contributions (NDCs) – the efforts by each country to reduce national emissions, as well as other commitments made for 2030 but not yet officially submitted – would only lead to an additional 7.5 per cent reduction in annual greenhouse emissions in 2030, compared to previous commitments.

This is not enough. According to the agency, the world needs a 55 per cent reduction to limit global temperature increase below 1.5°C, the capstone defined by scientists as the less risky scenery for our planet and humanity’s future.

“Less than one week before COP26 in Glasgow, we are still on track for climate catastrophe”, UN secretary-general António Guterres said during a press conference introducing the new assessment. “As the title of this year’s report puts it: ‘The heat is on’. And as the contents of the report show — the leadership we need is off. Far off.”

The world must wake up

The report finds that net zero pledges, if fully implemented, could make a big difference and bring down the predicted global temperature rise to 2.2°C, providing hope that further action could still head off the most catastrophic impacts of climate change. However, so far these promises are vague and inconsistent with most 2030 national commitments, UNEP warns.

A total of 49 countries plus the European Union have pledged a net zero target. This covers over half of global domestic greenhouse gas emissions, over half of global GDP and a third of the global population. Eleven targets are enshrined in law, covering 12 per cent of global emissions. Yet, many NDCs delay action until after 2030, raising doubts over whether net-zero pledges can be delivered, the report says. Moreover, although twelve G20 members have pledged a net zero target, ambiguity still surrounds the means of reaching that goal, says the report.

“The world has to wake up to the imminent peril we face as a species. Nations need to put in place the policies to meet their new commitments and start implementing them within months”, Inger Andersen, UNEP’s executive director warned in the foreword. “They need to make their net zero pledges more concrete, ensuring these commitments are included in NDCs, and action brought forward. They then need to get the policies in place to back this raised ambition and, again, start implementing them urgently”, she added.

The clock is ticking

The report is clear: to have a chance of reaching the 1.5°C target, the world needs to almost halve greenhouse gas emissions in the next eight years. This means removing an additional 28 gigatons of CO2 equivalent from annual emissions, over and above what is promised in the updated NDCs and other 2030 commitments. According to the agency, post-pandemic emissions, after lowering initially, have bounced back, and are now raising atmospheric concentrations of CO2, higher than at any time in the last two million years.

“The emissions gap is the result of a leadership gap, but leaders can still make this a turning point to a greener future instead of a tipping point to climate catastrophe,” Guterres continued. “The era of half measures and hollow promises must end.”

Experts point out that the opportunity for using COVID-19 fiscal rescue and recovery spending to stimulate economies, while fostering a low-carbon transformation, has been missed in most countries so far. Only a small number of high-income economies account for most of the green spending, with developing nations and emerging markets in danger of being left behind.

COVID-19 spending has been far lower in low-income economies ($60 per person) than advanced economies ($11,800 per person). Gaps in finance are likely to exacerbate gaps in vulnerable nations on climate resilience and mitigation measures, the report warns.

“As world leaders embark on COP26, this report is another thundering wake-up call,” Guterres added. “How many do we need? Scientists are clear on the facts. Now leaders need to be just as clear in their actions. They need to come to Glasgow with bold, time-bound, front-loaded plans to reach net-zero.”

Methane in the spotlight

The Emissions Gap Report 2021 also explores the potential of the reduction of methane emissions from the fossil fuel, waste and agriculture sectors to curb warming in the short term. Cuts to methane could limit temperature increase faster than cuts to carbon dioxide, the experts explain. The gas, the second largest contributor to global warming, has a heating potential over 80 times that of carbon dioxide over a 20-year time horizon; it also has a shorter lifetime in the atmosphere than carbon dioxide – only twelve years, compared to potentially hundreds, for CO2.

The report indicates that available no or low-cost technical measures alone could reduce anthropogenic methane emissions by around 20 per cent per year, and with broader structural and behavioural measures, by approximately 45 per cent.