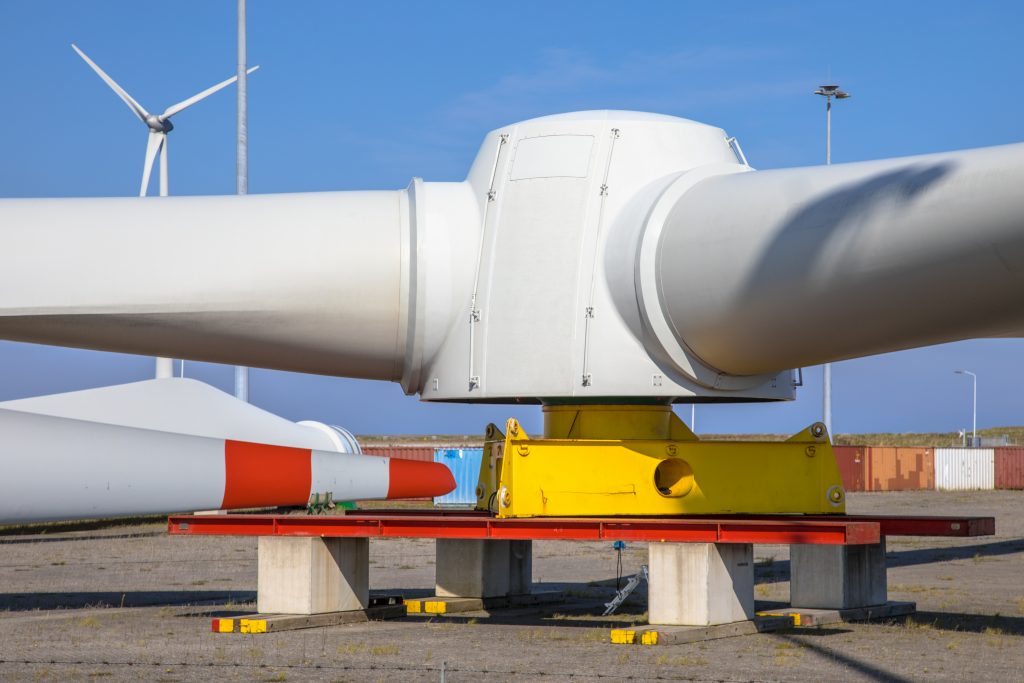 With more than 200 GW of new offshore capacity projected by the Global Wind Energy Council to be installed by 2030, it is critical to quickly introduce recyclable solutions. To that end, Siemens Gamesa has announced the launch of their RecyclableBlade, the world’s first recyclable wind turbine blades ready for commercial use offshore.

With this technology, separation of the materials in the blade is possible at the end of its lifetime, enabling recycling into new applications and thereby defining the next milestone in sustainability.

The first six 81-meter long RecyclableBlades have been produced at the Siemens Gamesa blade factory in Aalborg, Denmark.

“The time to tackle climate emergency is now, and we need to do it in a holistic way. In pioneering wind circularity – where elements contribute to a circular economy of the wind industry – we have reached a major milestone in a society that puts care for the environment at its heart. The RecyclableBlade is another tangible example of how Siemens Gamesa is leading technological development in the wind industry,” states Andreas Nauen, CEO of Siemens Gamesa.

Many components of a wind turbine, such as the tower and nacelle components have established recycling practices. Until now, the composite materials used in wind turbine blades have been more challenging to recycle. Built on proven, reliable processes, the Siemens Gamesa RecyclableBlade breaks this mold and is the first of its kind, enabling recycling at the end of its lifecycle, and sets the path to a future where the full recyclability of projects will be a market requirement.

Siemens Gamesa is committed with RWE to install and monitor the world’s first wind turbines with recyclable blades in Germany at the Kaskasi offshore wind power plant. Current plans are for the project to be producing energy from 2022 onwards.

Sven Utermöhlen, CEO Wind Offshore at RWE Renewables, said: “We are pleased that our offshore wind farm Kaskasi is able to provide a fantastic facility for testing innovations; here we are preparing to test special steel collars and to use an improved installation method for foundations. Now, Kaskasi installs the world’s first recyclable wind turbine blade manufactured by Siemens Gamesa. This is a significant step in advancing the sustainability of wind turbines to the next level”.

Siemens Gamesa is also working with EDF Renewables with the aim to deploy several sets of RecyclableBlade at a future offshore wind farm.

Bruno Bensasson, EDF Group Senior Executive Vice-President Renewable Energies, and Chairman and Chief Executive Officer of EDF Renewables, declared: “We are very enthusiastic to collaborate with industrial players, such as Siemens Gamesa, to contribute to the progress of the recycling technology solutions in the wind energy sector. EDF Renewables’ team is fully mobilized to develop this pioneering technology with its suppliers with the aim to continuously improve the environmental sustainability of our projects. This agreement is in line with EDF Group Raison d’être: to conciliate the production of low-carbon electricity that benefits the climate and the reduction of local environmental impacts.”

Siemens Gamesa is working with WPD with the intention to install sets of the RecyclableBlade at one of their future offshore wind power plants.

Achim Berge Olsen, CEO of WPD offshore and COO of WPD group, declared: ”For the last 20 years, WPD actively contributed to the sustainable development of the offshore wind industry. Through this cooperation in the recycling technology program of Siemens Gamesa, we’re making another step forward for the industry, which makes us enthusiastic regarding the sustainability of the supply chain in the future.”

Siemens Gamesa wind turbine blades are made from a combination of materials cast together with resin to form a strong and flexible lightweight structure. The chemical structure of this new resin type makes it possible to efficiently separate the resin from the other components at end of the blade’s working life. This mild process protects the properties of the materials in the blade, in contrast to other existing ways of recycling conventional wind turbine blades. The materials can then be reused in new applications after separation.

Siemens Gamesa offshore customers will now have the unique possibility to choose the RecyclableBlade as an option for their future projects.

Siemens Gamesa recently launched an ambitious Sustainability Vision towards 2040, pushing the boundaries of sustainability to create a better future for generations to come. Under this umbrella, the company announced an ambitious goal to make turbines fully recyclable by 2040.

“Our aspiration is to produce wind turbines that can generate renewable electricity for 20-30 years. When they reach the end of their useful life, we can separate the materials and use them for new relevant applications. The RecyclableBlade is a great step in that direction and well ahead of our 2040 goal,” said Gregorio Acero, Head of Quality Management & Health, Safety, and Environment at Siemens Gamesa.