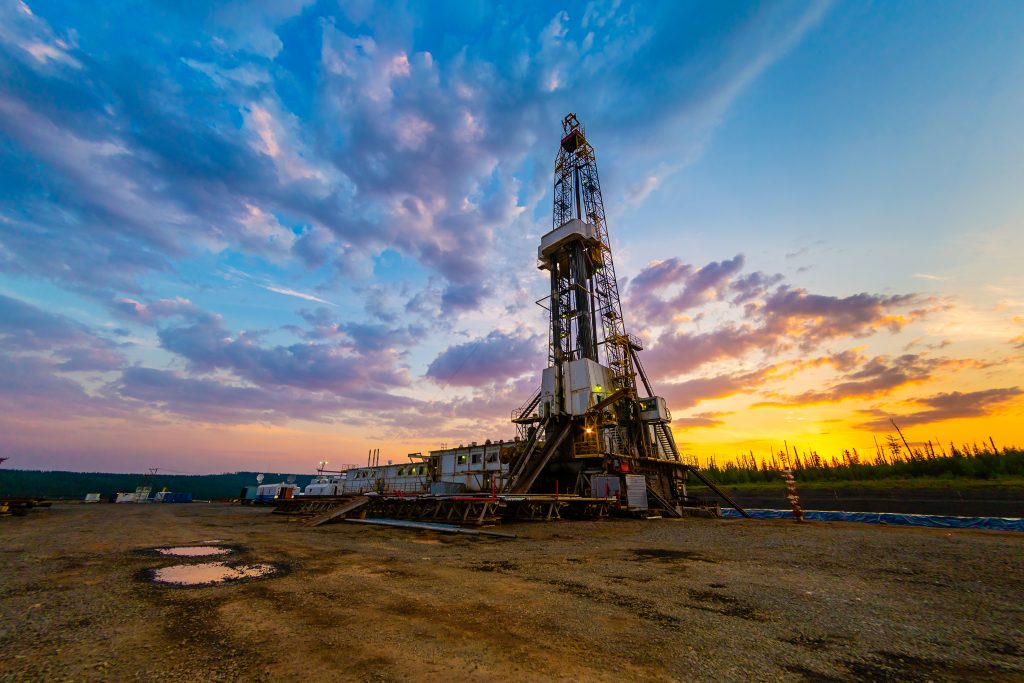 Chad Augustine and his colleagues at the National Renewable Energy Laboratory (NREL) see opportunity where others might simply see a hole in the ground. “It can’t just be any hole in the ground,” Augustine, a researcher with NREL’s geothermal research group, explains.

The idea is to use depleted oil and gas wells as a reservoir for the storage of compressed natural gas. As needed, the gas can be released to spin a turbine and generate electricity. The reservoir is recharged using excess electricity from the grid and the cycle repeats, providing a potential solution for the growing demand for energy storage. Computer modelling done by scientists at NREL and Colorado School of Mines confirmed the feasibility of the idea.

A similar idea, to use man-made salt caverns as a place to hold compressed air, has been proposed and implemented, but only in two places in the world. The technology is limited by geography because it requires geological salt dome formations.

The proposal to use depleted oil and natural gas wells takes advantage of a proliferation in the number of horizontal, hydraulically fracked wells. The technique, which the Energy Information Administration calculates accounts for about 75 per cent of all newly drilled wells in the United States, drills down and then straight across through the rock. Water is then pumped into the well at high pressure to fracture the shale to free trapped oil and natural gas.

David Young, a senior scientist at NREL whose expertise lies with solar technology, had a eureka moment in coming up with the notion to use old oil and gas well sites for storage. “I was taking a shower and I dreamed up the idea,” Young explains. “That’s how I got involved. I just was thinking about these million-dollar holes in the ground. There were so many of them out on the Front Range here and I thought there’s got to be something we can do with those things.”

Young took his idea to Augustine. Together, along with Henry Johnston, a veteran of the oil and gas industry who worked at NREL for six years before retiring at the end of January, they examined the idea in detail. They published two papers detailing their work late last year and were awarded a patent protecting the process.

Horizontal wells have become the industry standard, with multiple wells drilled from a single pad. The volume produced outpaces vertical wells, but the amount of oil and natural gas yielded by horizontal wells declines over a short time span. Active wells can quickly become inactive.

Eventually, the wells become so depleted it does not pay to keep them going. These wells can then sit idle or plugged with cement. Researchers at NREL and Mines determined unplugged wells could serve as reservoirs for compressed natural gas.

Unplugged wells can be injected with compressed natural gas, researchers at NREL and Mines determined after conducting multiple rounds of computer simulations. Writing in the Journal of Energy Resources Technology, the scientists predicted the technology would work for both short-term and long-term energy storage. NREL researchers followed that November paper with an article in iScience a month later that analysed the potential costs.

Augustine said the next step involves setting up a pilot project to bring computer modelling into the real world. Beyond that remains the issue of transmission lines. “The other thing we need is a good study of how many new wells that are out there that would be a good fit for this technology,” he continues.

The number of active horizontal wells has jumped from about 9,000 in 2000 to more than a quarter-million in 2017. The Department of Energy’s Geothermal Technologies Office, which funded the research conducted by Augustine and his colleagues, is separately investing in the possible use of inactive wells for geothermal energy.

The NREL researchers initially considered injecting compressed air into the old wells. Augustine took that idea through the Department of Energy’s Energy I-Corps program in 2016. The program helps researchers determine the potential market for their technology. What Augustine discovered was adding air into a natural gas well carries a risk of sparking an explosion. In addition, “when it comes back out, it’s going to have natural gas mixed with it. What do you do with that?” So they chose natural gas because of its availability and compatibility with the reservoir.

“We want to start the program with natural gas because it is easy and I think the people who own the wells, they would get on board a lot easier,” Young says. “Eventually, as you prove out the idea, you gradually shift over to a different gas to run the system. CO2 would work. Nitrogen would work. Hydrogen. If you use CO2 that could also be part of a carbon capture cycle.”

Using compressed air as energy storage requires additional steps, including cooling the air after the compression stage and preheating it before releasing it. Projects using compressed air also can take years to build and cost hundreds of millions of dollars. By taking advantage of existing wells, a pilot site that uses natural gas can be installed for a few million dollars within months, the scientists estimated.

Their calculations show that depending upon the temperature and pressure in the well, the use of compressed natural gas to produce electricity can generate from hundreds of kilowatts to nearly a megawatt of power.

The technology, dubbed REFRAES (for REpurposed FRAcked wells for Energy Storage), relies on a four-phase process. In the first step, the gas is injected into the reservoir at a constant flowing bottomhole pressure to store energy. The well is then shut in so that the gas cannot escape. Next, the gas is produced from the reservoir at a constant pressure to generate electricity. Finally, there is a recovery period during which the well is again shut in. After the recovery period, the storage cycle is repeated.

In the short term, the process can provide six hours of electricity. For longer, or seasonal, needs, the researchers calculate it can offer 90 days of electricity. “Seasonal energy storage is very, very limited,” Young said. “There are only a few technologies that can do that. Pumped hydro would be one of those. This technology represents a possibility of being able to have very long-term storage, so we’re excited about that part of it.”

Pumped hydro, in which water flowing downhill generates electricity, can return 70 to 85 per cent of the stored energy. NREL researchers calculated the efficiency of REFRAES at about 40 to 70 per cent. The levelized cost of storage using natural gas could be as low as to $80 to $270 per megawatt-hour, while for pumped hydro it is $225.

Another advantage the REFRAES technology has over pumped hydro and the two reservoirs that it requires is its ability to be expanded. With multiple wells drilled on a single site, the method of storing natural gas can grow as needed by tying in additional holes, Augustine said. If a single well can store 500 kilowatts of energy, for example, adding each subsequent well increases the available storage capacity.

“That’s something I think that’s important to know,” Augustine said. “It can scale as needed.”