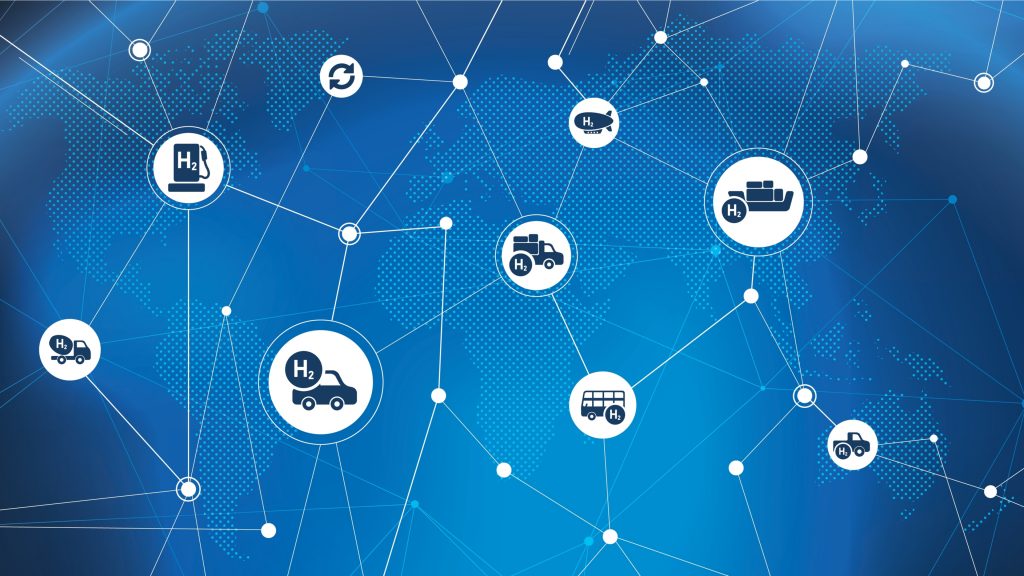 To limit global warming as close as possible to 1.5°C, the most important challenge today is the decarbonisation of the global economy. The key to meeting this challenge is to electrify as many economic activities as possible and use hydrogen – primarily produced using renewable sources – for the harder to abate sectors, especially for transportation.

Hydrogen has long been recognised as having the potential to be an environmentally friendly fuel. It is the most abundant element in the universe and can be produced in several ways, the cleanest of which is electrolysis powered with 100% renewable energy.

Hydrogen is stored as a compressed gas at a refuelling station until it’s needed, just like petroleum. The main difference is that hydrogen tanks are generally above ground, while petrol is stored below ground.

One of the key benefits of hydrogen is that the mode of refuelling is a fast and familiar process, which is similar to refuelling petrol and diesel vehicles. It takes around 12 minutes to refuel a bus, which can cover a range of around 350km, and five minutes for a car enabling a range of 400 miles. Once fuelled, the vehicle emits zero emissions – just clean water from the tail pipe – and like a battery electric vehicle, a hydrogen vehicle is virtually noiseless.

A hydrogen refuelling station (HRS) can be part of a multi-fuel infrastructure also servicing petrol and diesel vehicles, or as is increasingly common, an independent facility dedicated to hydrogen. Specific technical components are necessary for the construction of an HRS. These include adequately sized storage facilities for hydrogen, compressors that bring the hydrogen to the desired gas pressure level, high or medium intermediate pressure storage, a precooling system and dispensers for delivering the fuel.

The first key component is the supply of the hydrogen gas, which can either be delivered to the refuelling station in the same way as petrol or diesel via road tanker or generated on-site through the use of an electrolyser.

The hydrogen produced is usually at a low pressure of around 20 bar, although some electrolysers can produce hydrogen at higher pressures.

At the heart of the HRS is the compressor unit. Hydrogen gas stored at low pressure must be compressed to increase the pressure before dispensing into a vehicle’s fuel tank. The compressor gradually condenses the gas to a pressure of between 500 to 900 bar. For passenger cars hydrogen must be at a pressure of 700 bar, while larger vehicles such as buses or refuse vehicles usually require 350 bar.

BOC’s parent company – Linde, a world-leading industrial gases supplier – has developed a highly efficient compressor. Specifically designed to handle gaseous or liquid hydrogen, Linde’s Ionic Compressor for gaseous hydrogen supply uses five hydraulic pistons to gradually condense the hydrogen to exactly the right pressure. Hydraulic oil below the pistons enables their ease of movement up and down. Ionic liquid on top of the pistons is then compressed along with the hydrogen as a result of the upward movement. This ionic liquid gives the compressor a distinct advantage over conventional piston compressors. With around 25 per cent less energy needed, it acts as a type of lubricant and a coolant – without compromising the hydrogen gas. This, along with the innovative compressor having fewer moving parts than conventional units, significantly reduces wear and tear, which can extend the life of the unit considerably. The liquid also increases the compressor’s energy efficiency through highly effective cooling.

At the end of the compression cycle, any ionic liquid molecules in the hydrogen are separated and fed back to the process flow, so there is neither contamination nor waste.

Once the compressor has condensed the hydrogen, the refuelling station also requires a hydrogen repository which is capable of storing hydrogen under pressure. The storage system is either built into the compressor’s steel container in the case of 1,000 bar cylinders, or installed adjacent to the container in case of 550 bar tubes, though its electrical system is isolated from the storage compartments via a gas-tight wall.

In addition to the ability to supply gaseous hydrogen, refuelling stations can also be supplied by liquid hydrogen. The major benefit of LH2 is that it has a much higher energy density than its gaseous form, so is a particularly advantageous option for densely populated areas where there is limited space. To meet this need, Linde has developed a unique and  patented Cryo Pump for liquid hydrogen supply.

The Cryo Pump operates with liquid hydrogen at a temperature of -253°C. At this temperature, however, hydrogen cannot be simply suctioned in. Hence the pump uses a two-chamber system which is completely immersed in the cryogenic liquid. In the first chamber, upward movement of pistons compresses the liquid hydrogen from the storage tank to around 6 bar while simultaneously pumping it through to the second chamber. There, it is compressed further to 900 bar where it becomes gaseous and is at the right pressure for fuelling vehicles.

Across all these process steps, the high purity level of the hydrogen is maintained.

In addition to its small footprint and high capacity of 100 kg/hour, the Cryo Pump minimises the energy required by the fuelling station. Because it compresses liquid hydrogen directly, the Cryo Pump only needs 1.5 kWh to compress one kg of hydrogen. The compressed hydrogen flows through a sophisticated cooling system directly into the car which eliminates the need for an external cooling system for the supply line. And the low-maintenance design cuts operating costs further.

Getting into the tank

The final step in hydrogen refuelling takes place at the dispenser unit. This unit incorporates a nozzle, filling hose, display and control technology. A payment terminal can be positioned separately.

Users can start their refuelling process conveniently via a display, with a brief step-by-step guide until the nozzle is securely attached to the vehicle’s filler neck. The hydrogen needs to be cooled to -40oC before being pumped through the nozzle and this is done within a special refrigeration unit within the dispenser.

After refuelling, the station automatically switches to recharge mode and fills the storage banks.

Design of the HRS ensures appropriate safety distances from nearby assets, which can be calculated and built into the engineering design. Hydrogen storage vessels are purpose built and designed to maintain pressures at optimal, safe levels and pumps are designed to ensure a safe connection between the dispenser and vehicle – with effective system safety checks every time hydrogen is dispensed. Sophisticated leak detection technology automatically shuts down the plant should any hydrogen escape.

Another key requirement for any refuelling infrastructure is reliability – especially when an area is dependent on access to a single refuelling station for all its needs.

And reliability has been proven at the BOC-designed Kittybrewster refuelling station in Aberdeen. Here, every refuelling has been successful since the station’s launch in 2015, and the HRS has a reliability rate is 99.5%.

The other design consideration is that there should be sufficient refuelling capacity for the vehicle fleet. Producing 300kg of hydrogen daily is enough to fuel ten 42-seat buses, with each bus able to travel up to 350km between refuelling. By using a modular design, it is possible to scale up hydrogen production to match the needs of a growing fleet.

Many countries are moving away from using large, centralised thermal power stations and connecting more distributed renewable energy to the grid, such as solar and wind. As a result, energy supplies are becoming more intermittent, and real-time electricity prices more volatile.

When supply exceeds demand, energy becomes very cheap – sometimes negatively priced, as the alternative is that operators must be paid to curtail generation. Building energy storage facilities helps to balance the grid by storing energy when it exceeds demand, then using it when demand picks up again.

National Grid, Great Britain’s electricity system operator, uses various mechanisms to pay generators and industrial/commercial consumers to help balance the grid by increasing the amount of generation or reducing their demand. Operators of energy storage facilities can also bid to provide grid balancing services to National Grid and in so doing, access new sources of revenue.

Using electrolysis, hydrogen can act as a very cost-effective energy store and so helps balance the grid. The flexibility of the proton exchange membrane (PEM) technology used within the electrolyser enables the electrolysis process to be switched on and off very quickly to take advantage of electricity price volatility. Hydrogen provides a way to store energy when it is cheap, which can help reduce the cost of hydrogen at the pump.

Hydrogen refuelling is now in daily operation across the UK. In particular, councils and local transport authorities (LTAs) are beginning to take a leading role in the hydrogen economy by updating transport fleets to use zero emissions vehicles and putting the infrastructure in place to enable others to follow suit.

When Aberdeen City Council wanted to develop a cleaner public transport network, it worked with BOC to develop, install and operate a tailored, state-of-the-art hydrogen refuelling station. The facility, based at the Kittybrewster bus depot, produces green hydrogen from electrolysis on site, and supplies a fleet of buses that travel up to 350km each day. Kittybrewster is now accessible to all hydrogen-fuelled vehicles, including double decker buses and private vehicles.

In September 2020, BOC became a leading organisation in the pioneering strategic partnership, ‘Green Hydrogen for Scotland’, established to create new green hydrogen production facilities with clusters of refuelling stations across Scotland, supporting the country’s efforts to achieve net zero by 2045. It demonstrates how collaboration among leading names in the renewables and clean fuels industries can deliver end-to-end solutions for reducing vehicle emissions through the provision of green hydrogen. 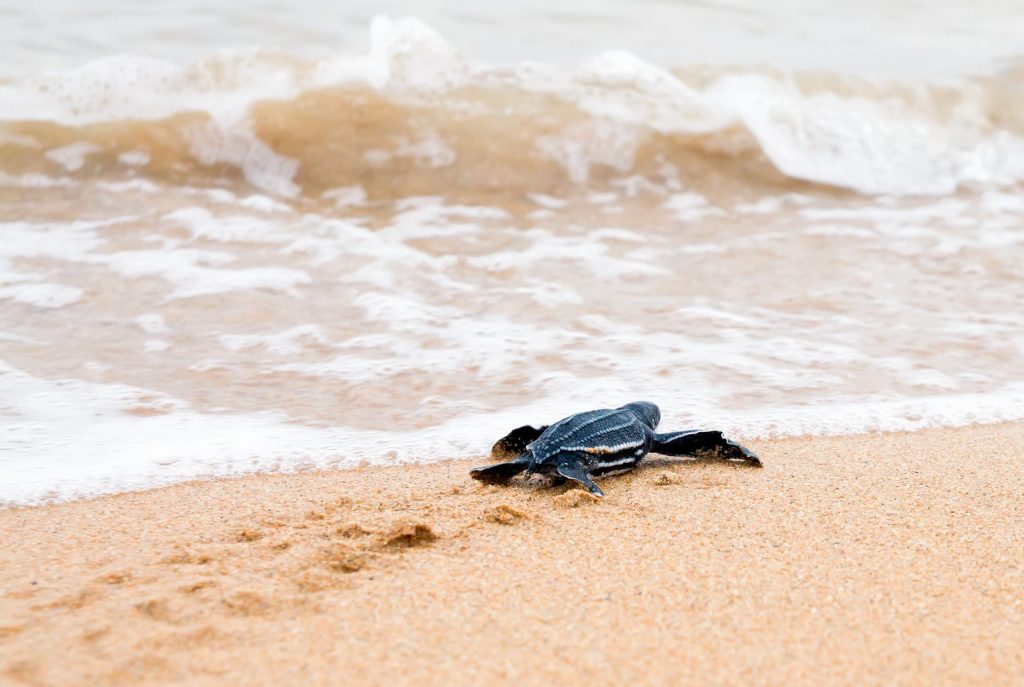 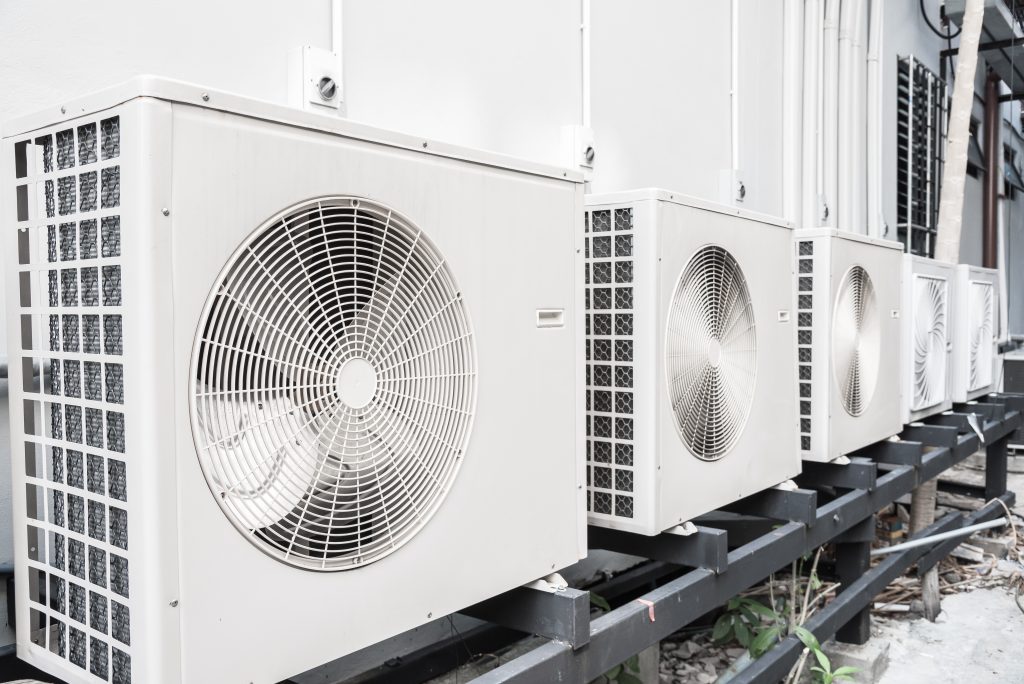