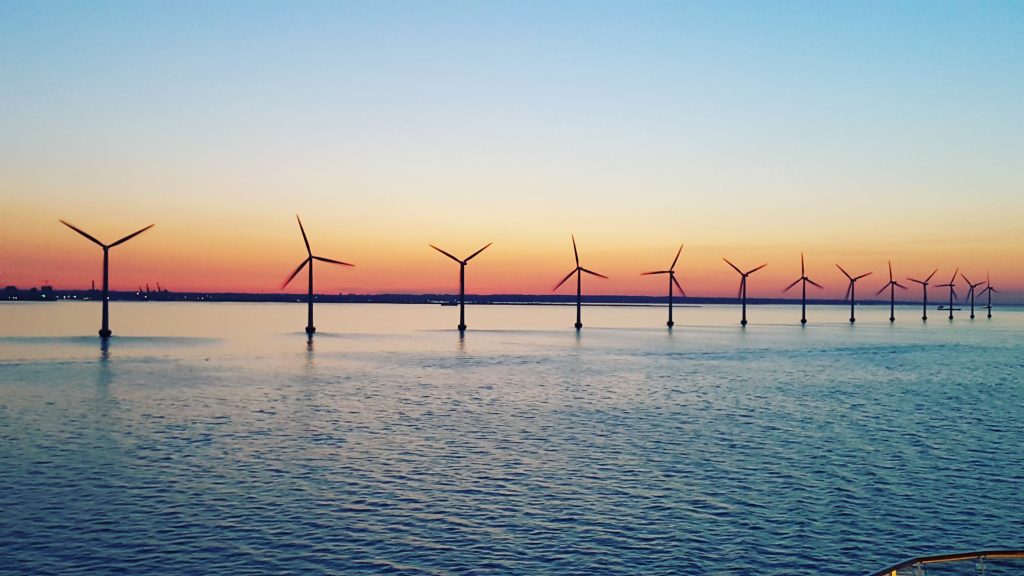 The biggest ever round of the UK government’s flagship renewable energy support scheme has opened to applications, with £285 million a year available for building the next generation of green energy projects.

Renewable energy projects across Great Britain can now bid for funding in the fourth round of the Contracts for Difference (CfD) scheme, which is aiming to secure 12GW of electricity capacity – more renewable capacity than the previous three rounds combined. The additional offshore wind capacity resulting from the funding alone could generate enough electricity to power around 8 million homes.

Compared to the previous round, this is open to an expanded number of renewable energy technologies, with offshore wind, onshore wind, solar, tidal and floating offshore wind projects, amongst others, all eligible to bid for funding in the scheme’s auction process. The aim is to ensure a more secure, resilient energy system and support the UK’s transition to net zero through a greater range of energy sources.

According to the UK government, the competitive nature of the CfD scheme has been hugely successful in driving the deployment of renewable energy across Great Britain whilst rapidly reducing costs. The scheme’s design has led to the price per unit of offshore wind to fall by around 65 per cent between the first allocation round (AR) in 2015 and the third in 2019.

Business and energy secretary, Kwasi Kwarteng, said: “Our biggest ever renewables auction will solidify the UK’s role as a world-leader in renewable electricity, while backing new, future-proof industries across the country to create new jobs.

“By generating more renewable energy in the UK, we can ensure greater energy independence by moving away from volatile global fossil fuel prices, all while driving down the cost of new energy.”

Within emerging technologies, £24 million a year has been ringfenced for floating offshore wind projects and £20 million initially set aside for tidal stream projects, demonstrating the government’s support for new, innovative technologies that can make an important contribution to the UK’s decarbonisation commitments.

The £20 million per year support for tidal stream projects represents the biggest investment into tidal power in a generation, kickstarting a brand-new chapter for the tidal industry that could also have the benefit of creating jobs across the UK.

Onshore wind and solar are competing in an allocation round for the first time since 2015, and the government is seeking significant capacity from these technologies which will help achieve the required levels of deployment in line with meeting climate change targets.

Subject to the outcome of the competitive auction, it is expected that AR4 will be a major step towards delivering the government’s increased ambition to have 40GW of offshore wind by 2030, including 1GW to come from floating offshore wind, as set out in the Ten Point Plan for a Green Industrial Revolution.

Energy and climate change minister, Greg Hands, said: “The Contracts for Difference scheme is proof that green and growth go hand-in-hand as it continues to be a key driver behind the world-leading renewable energy sector that is providing us with secure clean energy, creating jobs across the UK and opening investment and export opportunities.

“The previous three rounds have allowed us to push forward with the Green Industrial Revolution and this round will take us further and faster than ever before while continuing to drive down costs for consumers.”

There has also been a strengthening of the supply chain plan process, so the CfD’s fourth round can support the effective development of open and competitive supply chains and promote innovation and skills in the low-carbon electricity generation sector.

RenewableUK CEO, Dan McGrail, said: “This is set to be a landmark auction securing the largest amount of new renewable energy capacity so far, as ministers have listened to our calls for the overall capacity cap to be lifted to reflect the enormous appetite among companies and investors in UK projects.

“More than 16GW of wind could be ready to compete and over 23GW of renewables overall. We could see investment of over £20 billion in this round, creating thousands of jobs and cutting costs for energy consumers.

“We need a range of renewable technologies to get us to net zero as fast as possible, so it is great to see the development of innovative floating wind and tidal stream projects supported by ring-fenced funding, as we have been advocating. This will enable us to ramp up the roll-out of these cutting-edge technologies, building up massive industrial opportunities for the future, including exports.”

Low Carbon Contracts Company CEO, Neil McDermott, said: “We have been supporting new low-carbon power projects through the CfD scheme since its inception, so we are incredibly excited to see what the next Allocation Round brings. The current CfD portfolio features projects located across the length and breadth of Great Britain, including some of the world’s largest offshore wind farms to date.

“We have seen the scheme’s impact on diversifying and increasing the investment needed to support vital new low-carbon power, and this year’s COP26 only served to underline the critical timing of this round.

“We have learned a fantastic amount to date and we stand ready to support the ambitious infrastructure that will power the UK’s transition to Net Zero emissions by 2050, as well as protecting the long-term health of our environment, economies and societies.”