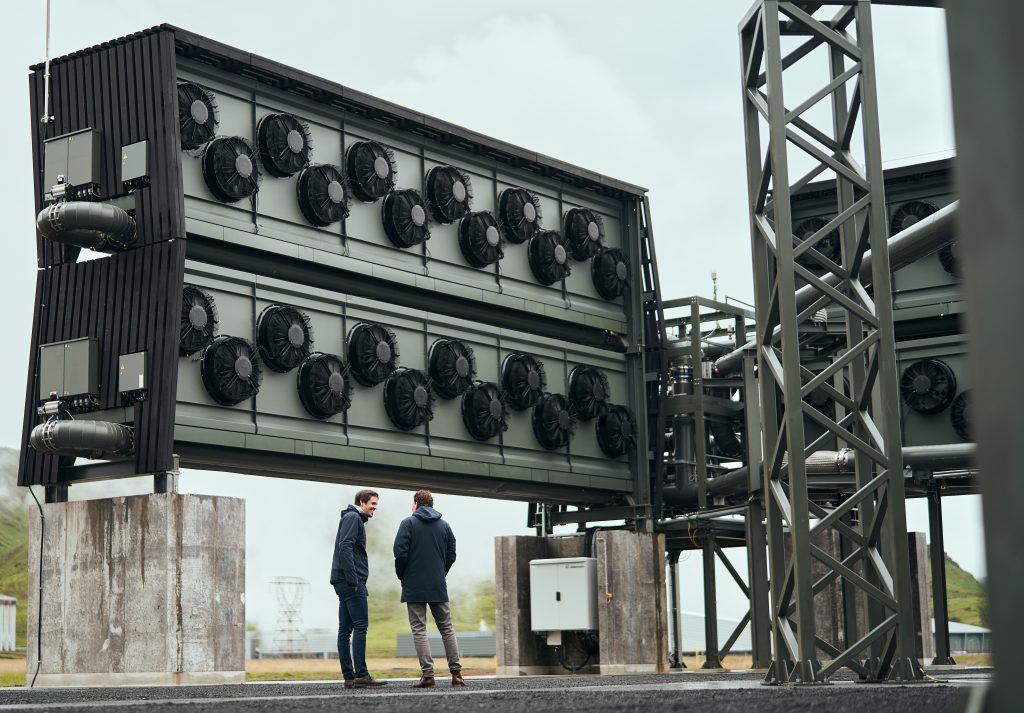 Climeworks, the Swiss company which specialises in carbon dioxide air capture technology, has announced the launch of Orca, the world’s largest direct air capture and storage plant that permanently removes CO2 from the air.

Orca represents a milestone in the direct air capture industry with its capacity of capturing 4,000 tonnes of CO2 per year, which will be removed from the air safely and stored permanently through the Carbfix natural mineralisation process.

The plant is a steppingstone for Climeworks’ expansion on route to megaton removal capacity by the second part of this decade.

The construction of Orca started in May 2020 and is based on advanced modular technology in the form of innovative stackable container-size collector units. These units are powerful and compact with minimal physical footprint, making it possible for Orca to be operational in under 15 months.

Compared to the previous technology generation, the use of steel in the collector units has roughly been reduced by half per output unit. Orca also supports the expansion of Climeworks, as the technology can easily be replicated at different locations worldwide and on ever larger scales, in a flexible manner wherever ample renewable energy and storage conditions are available. Strategically located adjacent to ON Power’s Hellisheiði Geothermal Power Plant, Orca runs fully on renewable energy.

Unprecedented extreme weather events have dominated the news headlines since early this year, and the United Nation’s Intergovernmental Panel on Climate Change cautions that the world will see more of this in years to come. The report further confirms that it is crucial to reduce our emissions drastically and remove unavoidable and historic carbon dioxide emissions from the air permanently.

Orca is a first-of-its-kind plant that translates the vision of industrial-scale direct air capture and storage into reality. This improved technology generation comes in an award-winning new design, which embodies the interconnection between nature and technology. For the technology generation which Orca represents, Climeworks has been able to intensify the process leading to increased CO2 capture capacity per module. This optimized process means that more carbon dioxide can be captured and stored than ever before.

This innovation in plant design is a key enabler to rapidly scale up this much-needed climate technology in the years to come. Since Orca is now a reality and in operation, Climeworks is on track to ramp up its capture capacity significantly – as will be required considering the strong market demand, shown through long-term partnerships with, among others, Microsoft, Swiss Re, Shopify and commitments from over 8,000 private individuals.

Strong partnerships with pioneering Icelandic companies support the excellent conditions for the scale up. ON Power, the Icelandic geothermal energy provider, supplies clean renewable energy to power the Orca plant. Our partners Carbfix, experts in rapid underground mineralization mix the air-captured CO2 with water and pump it deep underground, where it is trapped in stone through a natural mineralization process that takes under two years.

Christoph Gebald, co-CEO and co-founder of Climeworks, said: “We are proud, excited, and beyond delighted to have arrived at this stage in our journey to reverse climate change. Orca is now a reality, and it is a result of concerted efforts from every stakeholder involved. I want to take this opportunity to convey my gratitude and appreciation to the Government of Iceland, our partners in Iceland, our trusted investors, our corporate clients and pioneers, partners, the media, and our team of Climeworkers in making Orca a reality.’’

Jan Wurzbacher, co-CEO and co-founder of Climeworks, said: ”Orca, as a milestone in the direct air capture industry, has provided a scalable, flexible and replicable blueprint for Climeworks’ future expansion. With this success, we are prepared to rapidly ramp up our capacity in the next years. Achieving global net-zero emissions is still a long way to go, but with Orca, we believe that Climeworks has taken one significant step closer to achieving that goal.’’